Whitney C. from South Burlington: “Patty was so helpful. I learned so much about my home and how to cut my energy use. And had fun doing it with her!”

The photo is of three fabulous interns who helped me switch out 50 incandescent light bulbs at Whitney's home!

(All of my customer's are great, but Whitney has distinguished herself as my star customer so far... I will post a letter I wrote about her that ended up in The Other Paper!)

'It was great working with Patty. We switched out a lot of light bulbs and shower heads and she did a great job with the pipe insulation and wrapping the electric hot water tank.'

(Working with Sally was awesome! It was the first job I did for the pilot program Burlington Electric Department and Vermont Gas are running with Fruitfull Energy! Thank you to them and to Sally!) 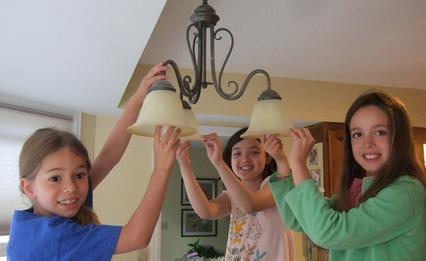 Patty T. in South Burlington (I promise this testimonial is not from me, even though our first name and last initial is the same!): "You are the best!  So personable and energetic. I will definitely tell people about you.  Thank you so much!"

(I was a hero at Patty's house, when we discovered switching out the 3 gallons per minute shower head for 1.5 GPM would save her $150 a year!) 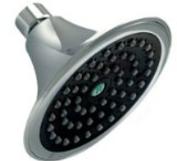 "Our thanks go out to member Patty Tashiro, a BPI certified energy auditor of Fruitfull Energy, who helped us with an energy efficiency audit.  Not only will we save BTC money, but we're more conscious of our energy use."

(Working with Chip and his team at BTC has been great! We managed to install some low-flow shower heads, which will pay themselves off in a matter of weeks and are working on further improvements with Efficiency Vermont!)